Princess Diana and Twitter is going off. Kristen Stewart will play now. 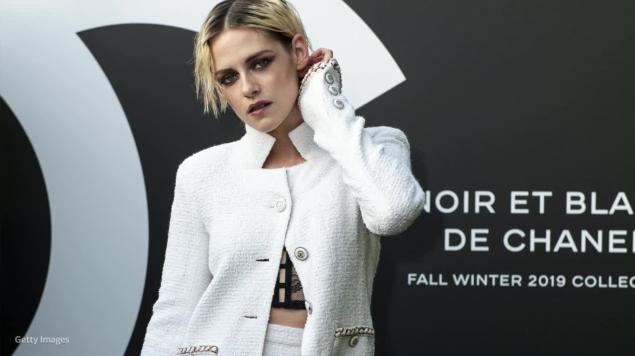 Scroll back up to restore default view.

Kristen Stewart will play Princess Diana and Twitter is going off: ‘I kind of absolutely hate it’

Eight years after playing a gritty fairy tale princess in Snow White and the Huntsman, Kristen Stewart is ascending to for-real royalty in the new drama, Spencer. Directed by Pablo Larraín, the film depicts the bitter end of the seemingly storybook romance between Prince Charles and Princess Diana, to be played by Stewart. “We all grew up, at least I did in my generation, reading and understanding what a fairy tale is,” Larraín recently told Deadline. “Usually, the prince comes and finds the princess, invites her to become his wife and eventually she becomes queen. That is the fairy tale. When someone decides not to be the queen, and says, ‘I’d rather go and be myself,’ it’s a big, big decision, a fairy tale upside down. I’ve always been very surprised by that and thought it must have been very hard to do. That is the heart of the movie.”

This isn’t the first time that Larraín has made a bold biopic casting choice. In 2016, he directed Natalie Portman to an Oscar nomination as Jackie Kennedy in Jackie. “I couldn’t imagine the movie without her,” he told Yahoo Entertainment at the time. “Natalie resembles the real person. But I’m not that into the way they look. I look for someone who can create the illusion of that person. I’m not a journalist or a historian.”

Speaking with Deadline, the director said that Stewart — who he describes as “one of the great actors around today” — was a natural choice to play Diana Spencer. “Kristen can be many things, and she can be very mysterious and very fragile and ultimately very strong as well, which is what we need,” he explained, adding that the film won’t depict Diana’s death in 1997. (Maybe we’ll get a flashback to the time she danced with John Travolta.) “The combination of those elements made me think of her. I think she’s going to do something stunning and intriguing at the same time. She is this force of nature.”

Not everyone on Twitter was persuaded by Larraín’s impassioned case for Stewart’s casting.@heyjaeee

UM you could find a British actress6529:50 PM – Jun 17, 2020Twitter Ads info and privacy41 people are talking about thisTom Baird@ThomasBaird1997

Why?! This is a TERRIBLE idea! Stick to sparkly vamps. #KristenStewart she has RBF & looks like she’s always smelling something bad.

She couldn’t be a pretend pimple on Lady Di’s bottom. #PrincessDiana

On the other hand, Stewart’s sizable social media fanbase is ready to book advanced tickets for Spencer, which is set to start filming early next year. As many noted, the actress is uniquely suited to the role having had to live much of her life in the public eye — as well as the paparazzi’s eyes — ever since the Twilight franchise rocketed her to fame. And since that series wrapped up in 2012, Stewart has delivered a series of acclaimed performances in movies like Clouds of Sils Maria, Personal Shopper and last year’s Seberg, in which she delivered a career-best star turn as ‘60s movie star, Jean Seberg.ian@vividstyIe

Kristen Stewart playing a famous woman who was doggedly pursued by a press that made a savage feast out of her personal life?

Kristen Stewart as Princess Diana ??? Can’t wait to watch my two fav souls in one body.

does this mean the new Princess Diana movie will feature Kristen Stewart doing lots of gay yearning? asking for me, a gay yearner612:50 AM – Jun 18, 2020Twitter Ads info and privacySee tajin queen’s other Tweetskrie@stewartxrnlds

Spencer will start shooting in 2021

Private pictures of Cristiano Ronaldo and his girlfriend

Reese Witherspoon and Regina King both appeared in the 2003 film Legally Blonde 2. The …