Breaking News
Home / Coronavirus Updates / Hollywood will tackle sex scenes by ‘using CGI’ to avoid COVID-19 transmission as filming resumes from June 12 (and some raunchy moments will have to totally scrapped!)

Hollywood will tackle sex scenes by ‘using CGI’ to avoid COVID-19 transmission as filming resumes from June 12 (and some raunchy moments will have to totally scrapped!)

Sex scenes in Hollywood will reportedlyhttps://oneworldbd.com/10-picture-you-need-to-look-twice/ be tackled using CGI and re-writes, with some being scrapped altogether, in wake of the COVID-19 crisis.

As the movie and TV industry looks to resume production from June 12 after shutting down amid the global pandemic, filmmakers have been instructed to still follow social distancing measures going forward.ADVERTISEMENT

And according to industry reports, this will see cast and crew being tested for coronavirus on a daily basis, given hand-washing tutorials and having intimate sequences totally restructured.

According to The Sun, a 22-page document from the film editors’ trade association states that ‘close contact moments’ will need to be ‘either rewritten, abandoned or [produced using] CGI.’

Personal Protective Equipment will be required on sets and TV shows that normally feature live studio audiences will operate without them.

Casting directors and actors will be able to resume auditions, but reportedly from behind Plexiglas.

There will also need to be ‘coronavirus compliance officers’ in attendance during shoots and auditions.

The latest development comes after California Governor Gavin Newsom gave the film industry the go-ahead to resume production as part of the state’s initial steps to reopen non-essential businesses after the three-month lockdown.

As well as TV and film, music productions will be permitted to resume from next Friday, June 12, though it remains unclear when actual work will restart given the fact that Los Angeles County has struggled to contain viral outbreaks during the pandemic.

Newsom’s office said on Friday that each county public health officer will make the final determination as to when studios can get back to work.

That means the final decision will be up to Dr. Barbara Ferrer, the director of the Los Angeles County Department of Public Health.

LA County, the nation’s most populous county which is home to nearly all of Hollywood’s major motion picture and television studios, reported 44 COVID-19 deaths on Thursday in addition to 1,469 new cases.

In total, there have been 59,650 confirmed cases of COVID-19 in Los Angeles County.

The county death toll during the pandemic recently exceeded 2,500.

‘Music, TV and film production may resume in California, recommended no sooner than June 12, 2020, and subject to approval by county public health officers within the jurisdictions of operations,’ the California Department of Public Health told the Los Angeles Times.

‘To reduce the risk of COVID-19 transmission, productions, cast, crew and other industry workers should abide by safety protocols agreed by labor and management, which may be further enhanced by county public health officers.’ADVERTISEMENT

Since March, the film industry has lost an estimated $10billion due to the closure of movie theaters, the cancelation of screenings, and a shutdown in film and television production.

Thousands of employees have been laid off or furloughed and some of the highest paid executives have accepted wage cuts to weather the storm.

When filming does resume, it will look much different than it did in the pre-COVID-19 era.

Studios and employee unions agreed on a basic set of guidelines that were compiled into a white paper which was sent to both Newsom and New York Governor Andrew Cuomo.

These safety protocol recommendations include a ban on buffet-style food service, a requirement that those in live studio audiences wear facial coverings, and the presence of a COVID-19 compliance officer on each set.

‘This document is an initial set of principles and guidelines that we all agree form a relevant and realistic first step to protecting cast and crew in the reopening of the entertainment and media industry in its two largest markets,’ the actors union SAG-AFTRA said in a statement. 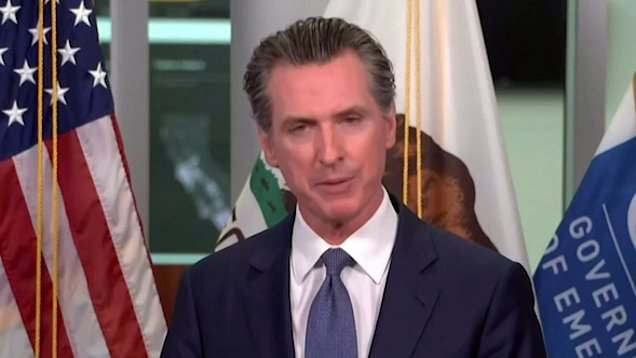 Previous 10 picture You Need to Look at Twice to Understand
Next The Asteroid that made a close approach to Earth, Nasha Explained: 163348 (2002 NN4) –

Private pictures of Cristiano Ronaldo and his girlfriend

Reese Witherspoon and Regina King both appeared in the 2003 film Legally Blonde 2. The …